What is Hypnosis Therapy?

Hypnosis is Science!  We used to think hypnosis accessed negative beliefs deep in the unconscious mind and changed them. New technologies in brain imaging clearly show what’s happening in the brain during “hypnotic trance.”  It’s all very scientific.

When the body’s autonomic nervous system goes into survival mode, fight or flight, epinephrine, adrenaline and cortisol are dumped into the blood stream, moving blood to into the large muscles so you can either Fight or Run. 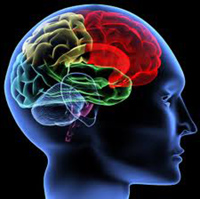 In the brain, blood moves out of the pre-frontal cortex – the part of the brain that does complex thought processes – and into the amygdala, the emotional center, and the brain stem reflex. There is no time to think, so the body makes sure it can’t because there’s no blood in the cognitive centers. The body just reacts.

But the body does not know the difference between real and imagined. When it sees a scary movie, or has a scary thought, the fight or flight system kicks in anyway, even though there is no immediate threat. Worry and stress make it impossible to think or calm down.