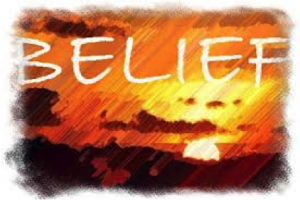 “The greatest weapon against stress is our ability to choose one thought over another.” ~ William James

Science is just beginning to prove what writers, philosophers and theologians have known throughout the centuries:

Thoughts have a critical impact on an individual’s life.

Stressful thoughts can take a quiet moment and make it miserable. Stress, caused by thinking, has been attributed to a myriad of mysterious and even deadly illnesses.

It turns out that how you think about stress can change the way that it impacts your body.

Dr. Kelly McGonigal, a social psychologist, once adamantly believed that stress was dangerous, causing everything from the common cold to cancer.

The study tracked 30,000 adults in the United States for eight years, it asked people how much stress they experienced in the last year.

It also asked “Do you believe that stress is harmful to your health? The researchers then used public death records to track how many of the these participants died.

The research showed that those who had experienced a lot of stress in the previous year had a 43% increased risk of dying.

But, that was only true for the people who believed that stress is harmful to health.

People who had experienced a lot of stress but did not believe it was harmful were no more likely to die. In fact, they had the lowest risk of anyone in the study of dying, including people who reported relatively little stress.

The researchers showed that over the eight years they did the study,

182,000 deaths occurred in the United States from the belief that stress is bad for you!!

That’s 20,321 deaths a year, making the belief that stress is bad for you the fifteenth largest cause of death killing more people than skin cancer, HIV, Aids and homicide.

Dr. McGonigal found further research asking the question, does changing how you think about stress make you healthier?

The answer was yes. When you change your mind about stress, it actually changes how the stress effects your body.

In a study at Harvard University Department of Psychology by doctors Jamieson, Nock and Mendez participants were taught that biological indicators of stress such as increased heart and breathing rates were their bodies actually being energized preparing them to meet a challenge. The pounding heart is preparing your for action. The heavy breathing is getting more oxygen to your brain. Butterflies in your stomach is your body getting more blood to your lungs. Participants who changed their thinking about what was happening in their bodies actually became less stressed out, more confident and performed better in a stressful situation.

The really remarkable finding in the study was that when you experience what you call stress your blood vessels constrict, which is why stress is correlated with heart disease, the number one killer in America.

Yet, when people viewed their stress response as helpful, their blood vessels remained relaxed and did not constrict. The heart was still pounding, but there was no 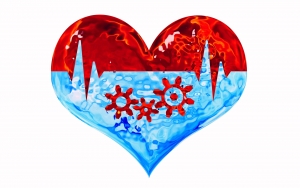 tightening of blood passage way. It actually mimics what happens in the body in moments of joy and courage!

How you think about stress matters. Your thoughts matter to your body.

As a society, we have a repetitive way of reinforcing stress by focusing on the problem. Somehow, media and science both believe that if delve into what’s wrong, we’ll be able to correct it and find what’s right. The problem is, we have become addicted to negativity.

Hypnosis provides us a respite to churning negative thoughts and can reverse negative thinking patters causing stress to subside and thought patterns to change.